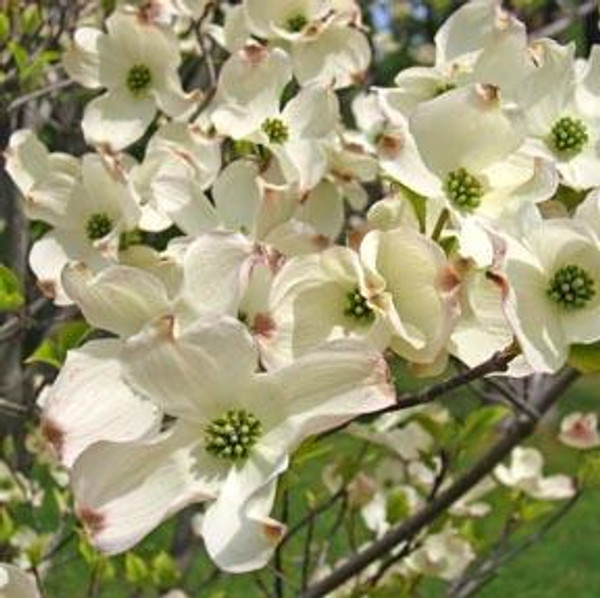 SKU:
WFD-AP
Bulk Pricing:
Buy in bulk and save

Cornus Florida, also known as the flowering dogwood, is a member of the Cornaceae family, native to eastern North America and northern Mexico. The dark green foliage encircled by flower clusters and the exhibition of the White Dogwood's delicate blooms is a magnificent sight that reoccurs yearly. Due to the tree's unusual bark structure and visually appealing bracts, it is often used as an ornamental plant in both home and public settings. For aesthetic excitement from one month to the next, its leaves change from a brilliant green to a ferocious crimson in the autumn.

It may thrive in various soils, including those that are acidic, loamy, sandy, rich, or even clay, and it is tolerant of extended periods of drought but does better in partial shade.

Native Americans produced a red dye from the plant's roots and used the bark as a treatment for malaria. As an alternative to quinine, it has also been used to manufacture red dyes and inks.

People have been known to treat boils and sores by applying American dogwood straight to the skin. In addition, it is also used as a tonic to boost strength and promote hunger.