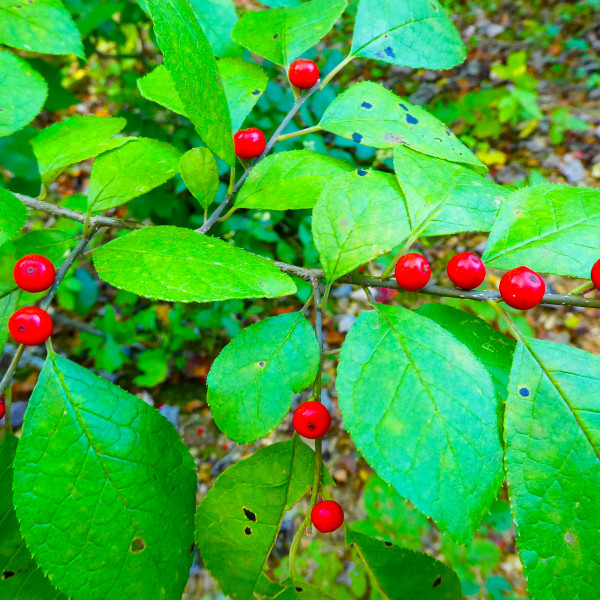 SKU:
SB-AP
Bulk Pricing:
Buy in bulk and save

Lindera benzoin, also known as spicebush, is a member of the laurel family and originates from the eastern region of North America. Within its native area, it may grow in the understory of damp, lush woodlands, particularly those with limestone. It has a colonial character and commonly reproduces via root sprouting, resulting in clumps or thickets. Many plants that belong to the genus Lindera have common names that include "spicebush," and they could have a similar appearance.

Due to its early spring blooming, it is sometimes called the "forsythia of the wilds" in the North. This is because the early spring flowering lends many lowland woodlands a slight yellow hue.

The female plants have a higher cost of reproduction than their male counterparts; however, in the wild areas, there is a tendency for more males than females in the group.

Early land surveyors relied on spicebush as a reliable source of fertile agricultural land due to the plant's propensity to thrive in dense woodlands. The leaves, buds, and twigs may also brew tea.