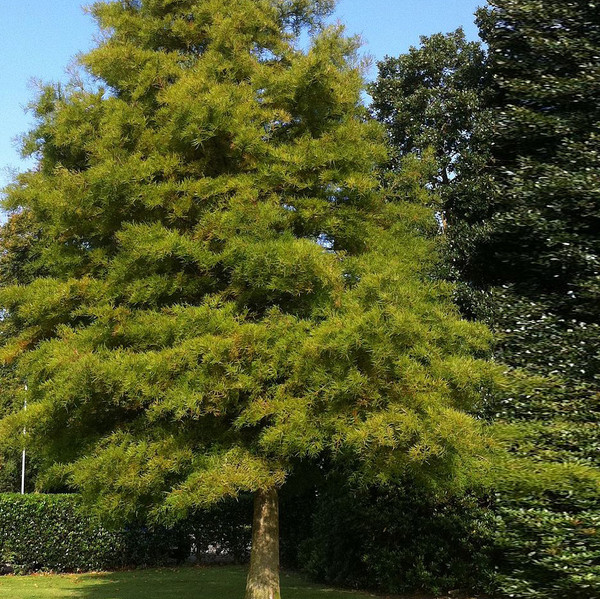 SKU:
DR-AP
Bulk Pricing:
Buy in bulk and save

Dawn redwood is a deciduous tree, the smallest of the three redwoods, and grows about 50 to 60 feet tall. It was once one of the most widespread tree species in the Northern Hemisphere. Scientists had found fossils in North America, which was thought to have been extinct for 20 million years but now has living and valuable representatives around the globe.

The dawn redwood tree is known for its changing colors throughout the seasons. It emerges light green in spring, changing to dark green in summer, then a russet-brown in autumn, making it the perfect addition to your landscape.

The Metasequoia glyptostroboides are native to China and found in wet soils. Even though they are classified as “critically endangered” due to the lessening population, the tree still has multiple uses. The wood may not be strong, but it polishes beautifully and is used for building bridges and other wood structures.

The foliage is used for cattle fodder, and traditional usage had reduced the number of trees to 1,000 in the mid-1900s; thus, more emphasis is on preservation.