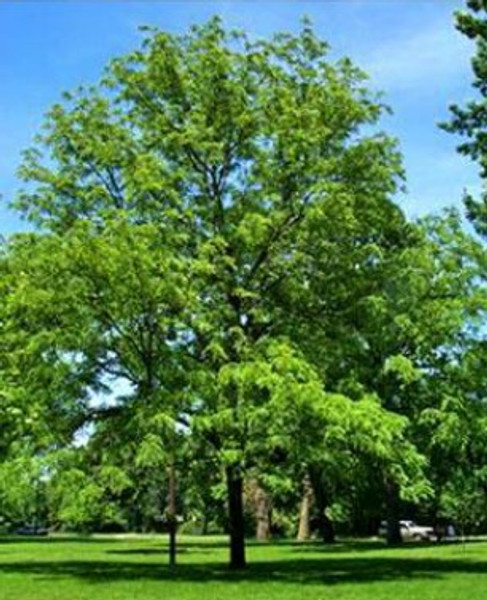 SKU:
BW-AP
Bulk Pricing:
Buy in bulk and save

The black walnut is a medium-sized tree, ranging from 70 to 90 feet tall. Its widely spread branches form a massive crown ideal for providing the perfect shade in your backyard. The thick brown bark has deep burrows and narrow ridges that form a diamond pattern which adds to its alluring beauty.

Discovered by early settlers in Canada and Northern Florida, Juglans nigra heartwood was highly-priced for its rich brown color and durability. Since then, it has been used in making furniture, fence posts, poles, and shingles.

Popular in native groups, the bark of black Walnut was used in tea as a laxative and chewed for toothaches. The bark was also used to make black and brown dyes, treat athlete's foot, and act as an insecticide.

Despite its many advantages, the black walnut tree roots exude a natural herbicide called juglone. It limits the growth of surrounding trees, thus, lowering competition.